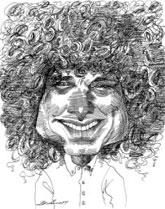 We examine the question of which aspects of language are uniquely human and uniquely linguistic in light of recent suggestions by Hauser, Chomsky, and Fitch that the only such aspect is syntactic recursion, the rest of language being either specific to humans but not to language (e.g. words and concepts) or not specific to humans (e.g. speech perception). We find the hypothesis problematic. It ignores the many aspects of grammar that are not recursive, such as phonology, morphology, case, agreement, and many properties of words. It is inconsistent with the anatomy and neural control of the human vocal tract. And it is weakened by experiments suggesting that speech perception cannot be reduced to primate audition, that word learning cannot be reduced to fact learning, and that at least one gene involved in speech and language was evolutionarily selected in the human lineage but is not specific to recursion. The recursion-only claim, we suggest, is motivated by Chomsky's recent approach to syntax, the Minimalist Program, which de-emphasizes the same aspects of language. The approach, however, is sufficiently problematic that it cannot be used to support claims about evolution. We contest related arguments that language is not an adaptation, namely that it is “perfect,” non-redundant, unusable in any partial form, and badly designed for communication. The hypothesis that language is a complex adaptation for communication which evolved piecemeal avoids all these problems.